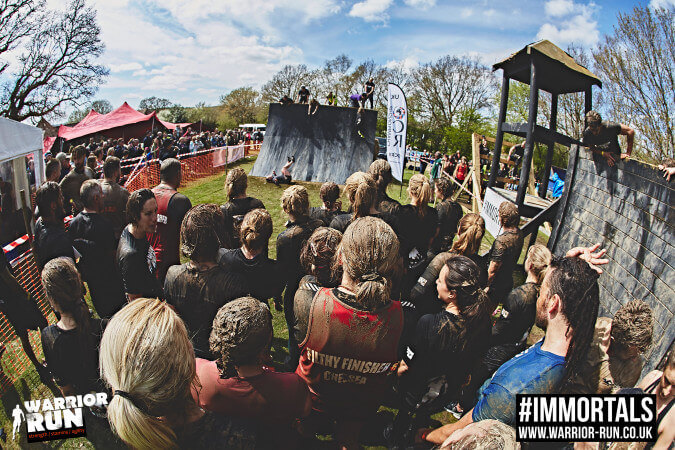 Ross and Lloyd at Warrior Run have been our clients since the very beginning of Wild Stag Studio. The obstacle race is held just outside of Brighton in Alborne. It’s been fantastic watching the event grow and grow, with this year seeing them hit over a thousand runners for the first time. With some new obstacles included this year, it meant that it was harder than ever, with the half pipe becoming the talking point of the day as people would slip and slide down it as they desperately reached for a hand to grab and haul themselves over to the finish. One day we will provide a team that will run it, but for now we enjoy watching people huffing and puffing their way up cargo nets and through muddy tunnels and we’ll just stick to the video production side of things! We took our FS700 this time and although we were a little paranoid at dropping it in the muddy water, we think that yet again the slow motion gave the video that added drama and grandeur that the Warrior Run deserves. We teamed up with our good friends Jon and Adam at DoubleXAir who provided the incredible drone shots which never fail to amaze us. We hope you enjoy this video and it may inspire you to enter in October!