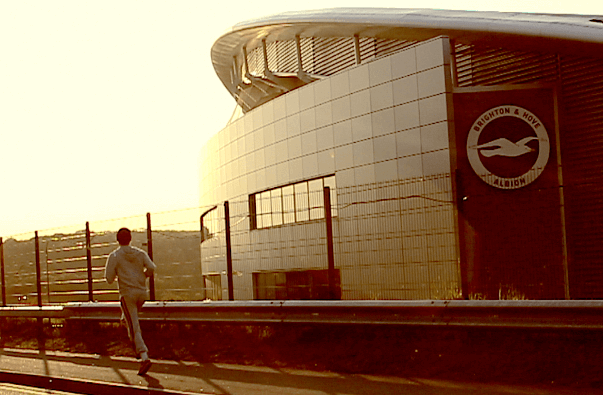 Travis, a close friend of Wild Stag Studio, wanted to propose to his girlfriend Flik and enlisted our help in a very ambitious project. Both big movie goers, he wanted to pop the question at one of the world’s oldest cinemas (The Duke Of York’s Picture House in Brighton).

The aim was to have all their family and friends attend a late showing of a short film at the cinema for her birthday, but as the trailers roll, up pops a Rocky Balboa style montage featuring Travis training up to ask Flik to marry him. Lots of their friends appeared in the video as well as some of Brighton’s famous landmarks including The Concorde 2, the pier, The Amex stadium and many more. It was filmed mostly over a day but one of the shots was filmed all the way in Chicago!

The night was a huge success and she said yes! It was an absolute pleasure to be involved in such a wonderful and creative occasion and to see something we had put together on the big screen for the first time was emotional enough, let alone seeing two of our best friends get engaged!!!

If you would like to do something similar for your engagement or just to surprise someone special, then get in touch with us and we’ll make it happen!